Last night was very cold. The hut was full so I’d originally set up my tent outside, with the only available spot being on the helipad, but later, I realized there was actually room on the floor inside so I tore down my tent and moved inside. Glad I did. Even inside on the floor I was very cold. Not really me specifically, but my mattress apparently doesn’t insulate as well as I thought it did, so while the top of me was nice and cozy because of my down quilt, any part of me that was touching the mattress was cold. I woke up at one point and looked at my phone to see how much longer I would have to deal with the cold and it was 2am. Eek. I did some things and seemed to get a bit warmer, and survived the night, so it’s all good.

The day started off with a pretty steep descent down into a river valley, a river we crossed a bunch and walked in for a while. It wasn’t too special. We stopped at the huts along the way and kept rolling.

Then we had quite a large climb back up to a ridge we’d spend most of the rest of the day on. Some really great views were to be had, and some decent trail surface in places too.

Later on we got to a part of the trail where there had been significant storm damage. It’s amazing how much work went into making the trail walkable again. Miles of fallen trees with large chunks sawn out of them. 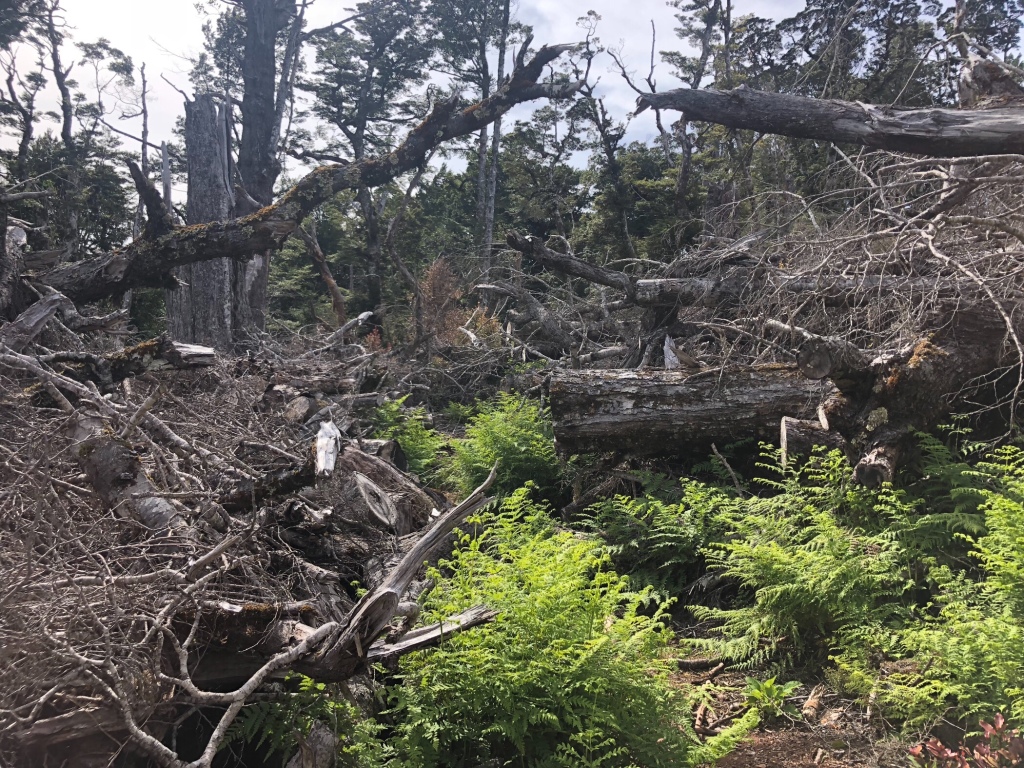 Finally we arrived at Rocks Hut, our primary destination for the day. On the way we’d talked about what tomorrow would look like, which is 2 2 hour sections followed by a 7-9 according to the notes. Long day. It finishes with about 14km of gravel road walk with little chance of hitching, but I figure if it comes to it I can just zombie walk that whole thing. The end is the Pelorus Bridge campground where there’s a small shop and cafe, but they close at 5 I hear so I may be eating cold cous cous tomorrow night, but I’ll have a hot breakfast the next day. Understandably, John and Christine said they didn’t want that long of a day tomorrow so they left me at Rocks Hut and headed further down the trail, promising to grab some food for me to eat when I arrive if they get there in time.

For a good while I had the hut to myself. This hut is 16 beds and has 2 flush toilets! I’ve only seen flush toilets at one other hut on the trail, and that was a serviced hut near a Great Walk, so to see one here is rather odd, but given that I’ve been doing my business into smelly holes in the ground full of wasps for the last week, a welcome sight indeed.

Nearby there’s a little track that heads up to an overlook. The sign says 10 minutes but it was more like 20. But worth it.

Seriously, the top of this hill also felt like I was on another planet. Would be a really great place to camp if I had a groundsheet. The ground was tiny sharp rocks though. 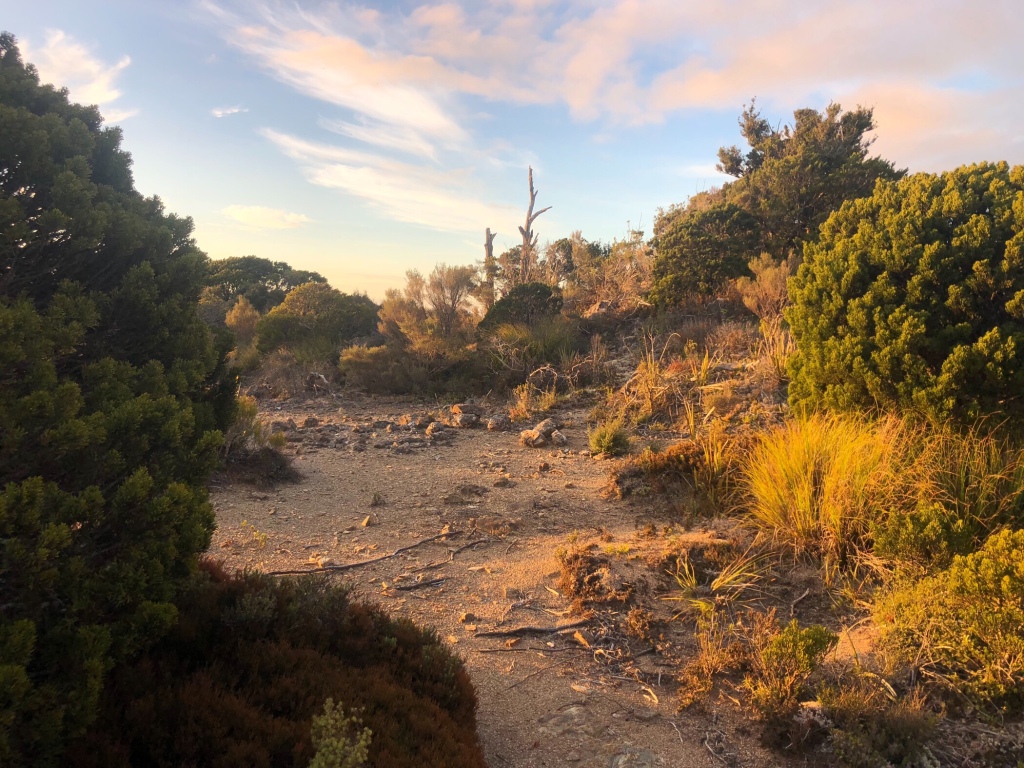 Now I’m off to bed. On my walk up to the overlook I ran into another person who would be joining me at the hut, so I’m not alone here. Bummer. But also cool because I got to meet someone new!

Tomorrow is going to be a very long day. I’d guess about 6 hours before I get to the road, and another 4-5 hours from there. But then I’m off to town for a rest day and then to the Queen Charlotte Track to finish off the walk! So excited and still kind of in awe that I’ve made it this far. Only a few more days left of walking! And on a super super super easy track! With someone hauling my pack! And probably cooking me food! And probably a hot shower and a warm bed every night! That’s what I’m hoping for anyways!